One of our brethren has a daughter, Sam, who ran the London Marathon on Sunday the 28th April 2019 in aid of the Make a Wish Foundation UK, a charity which creates life changing wishes for children with critical illnesses.

Sam herself was very unwell following an accident which left her with a clot on the lung and which ended a very promising career in the army. She had been told to take it easy and in fact wore a special bracelet during the marathon in case of emergency but thankfully she was fine. She completed the race and received her medal as can be seen in the photograph below.

Sam would like to thank all the members of the Lodges and Chapters that meet at the Square which helped her to raise the magnificent sum of £3,730 for her nominated charity.

In turn we are sure that those same members would like to say to Sam, "Very Well Done Indeed!" 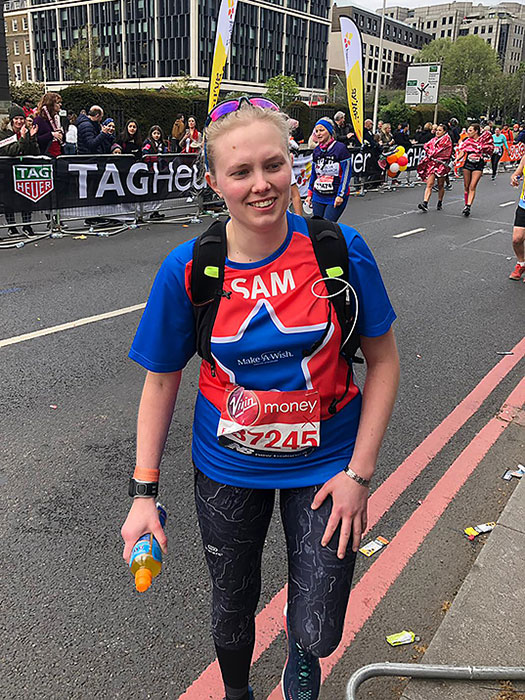 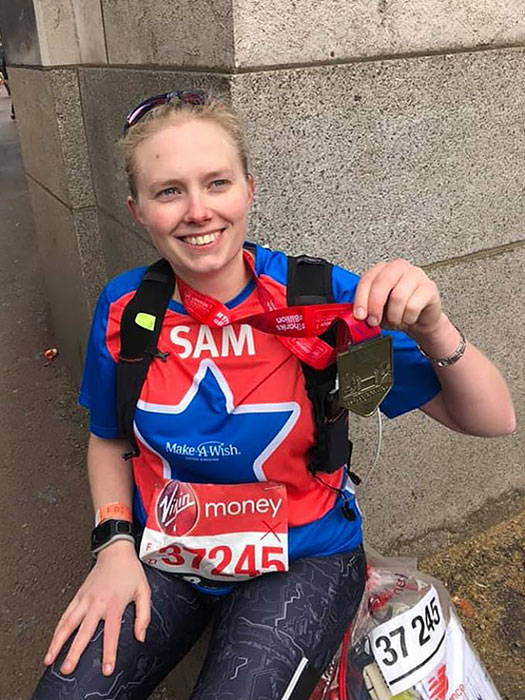 This website uses cookies. If you continue to use our website we'll assume you're OK with this but you can opt-out if you wish.Accept Read More Reject